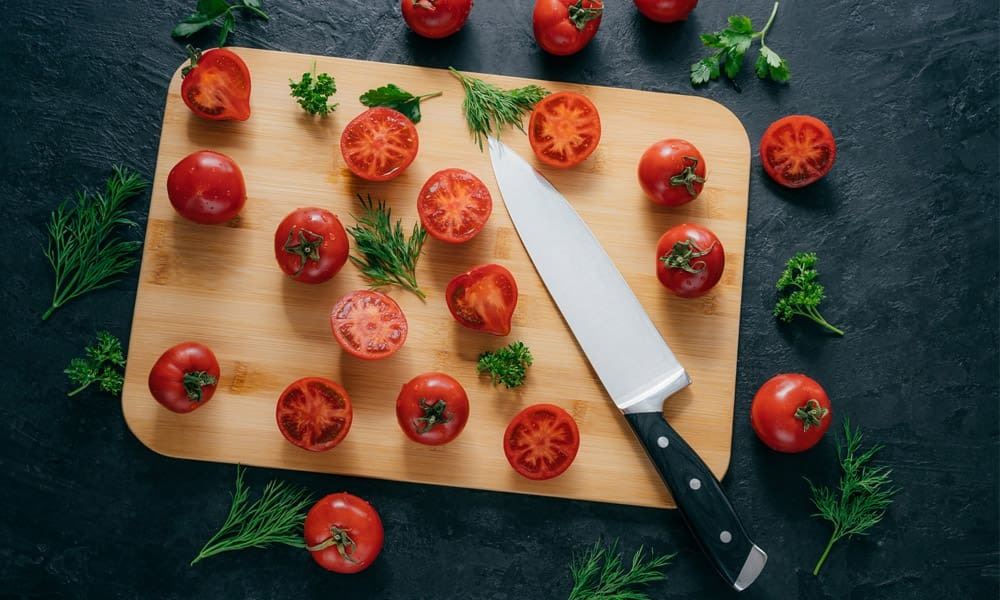 Full Tang Knife vs Half Tang

Starting off with a brief introduction, the steel part of a knife is what we call “tang.” Now, this steel part generally starts from the edge of the blade towards the handle, either completely extending to the very end of the blade, or just partially entering the handle of the knife. Based on these different styles, knives are classified into full tangs, half tangs, and intermediate partial tangs. We’re going to talk about these different styles and which one is better for kitchen knives.

Let’s get right to it!

Usually, the most efficient type of knife is considered to be the full tang. Because of the full tang, it can bear a larger amount of force while cutting. Also, it is far more effective than partial tangs when it comes to cutting through harder materials. Some full tang knives have visible tangs that can even be seen through the handle.

Unlike a full tang, the partial tang does not extend all the way through the knife’s handle.

If you’re wondering which knife among these is the best, then here’s the simple answer: the longer the tang, the stronger the knife. A knife’s weakest part is the edge of its tang. At the end of the steel, the tang’s ability to support the force being applied is low. At this point, the only support will be the knife handle. This is the reason why longer tangs are almost always preferred.

We’re going to do a general description of both kinds of knives so that you can gain a better understanding of which one fits your needs, and you get a professional opinion on which type of knife is generally better, stronger, and more reliable. 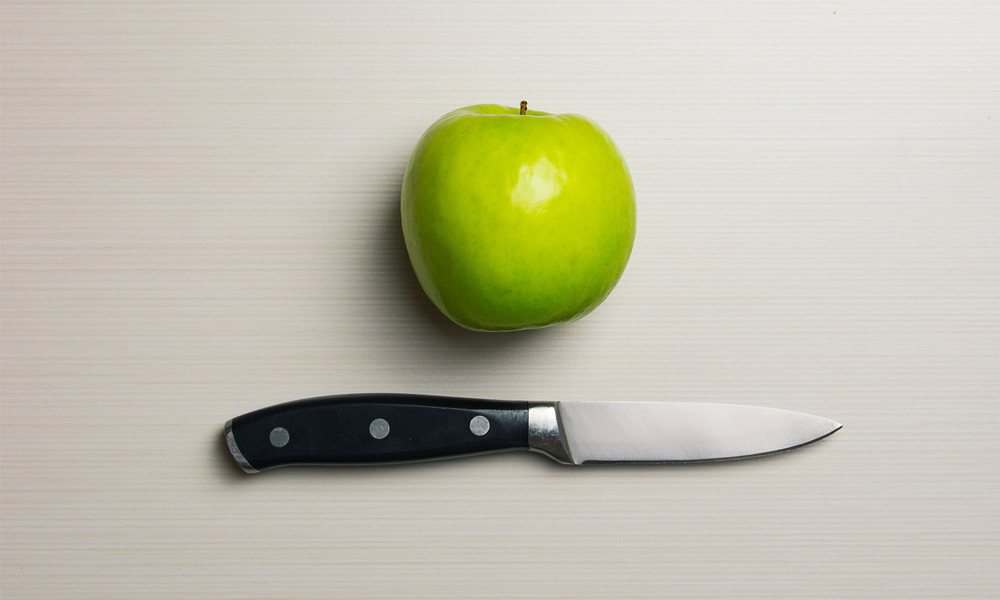 As we’ve established before, a longer tang provides more support and makes it harder to break the knife. So, a full tang knife is the best option in most situations. The only problem is, it can be difficult sometimes to tell whether a particular knife is a full tang or a half tang. It’s easy in some cases, where you have knives with visible tangs. The ones where you can see the tang through the handle, extending all the way to the knife’s rear end. Some full tang knives don’t show the tang running through the handle, but do show the tang hitting the butt of the handle, which still works.

But what about knives that don’t have a visible tang?

Well, for one, you should know that just because the tang is not visible to you, this doesn’t mean that it’s actually absent. However, there’s an equally likely chance that there actually is no tang in the handle. Some knives don’t have clearly visible tangs while some do.

Let’s move on to the benefits you can get from full tang knives. 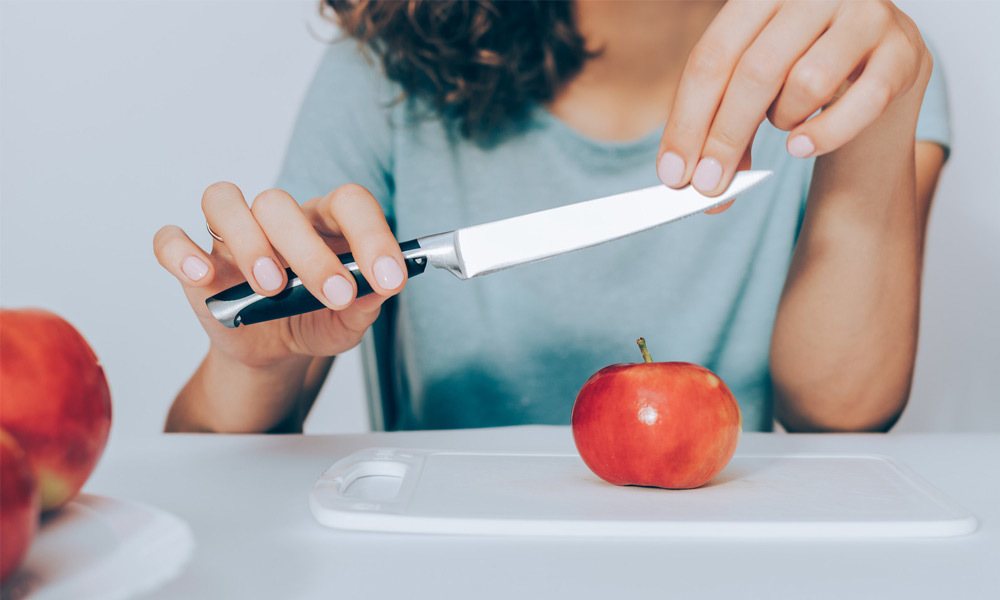 Full tang knives offer greater strength due to their longer tang. This allows you to cut stronger, harsher materials. Besides that, full tang knives are usually heavier as well, which makes them feel bulkier. This offers you a better grip. A better grip is a major plus when it comes to kitchen tools like knives.

The way a knife is made and how its weight is spread affects how it feels in your hand. A full tang knife offers a much better balance than a half tang or a partial tang. The handle has metal through its entire length so it feels more balanced when you use it.

Lastly, since a full tang increases the weight of the knife, it won’t tend to tip forwards as a half tang would. In a half tang knife, there is only the handle of the blade there to compensate for its weight, which causes a bit of an imbalance, and the knife tends to fall forward in a lot of cases. 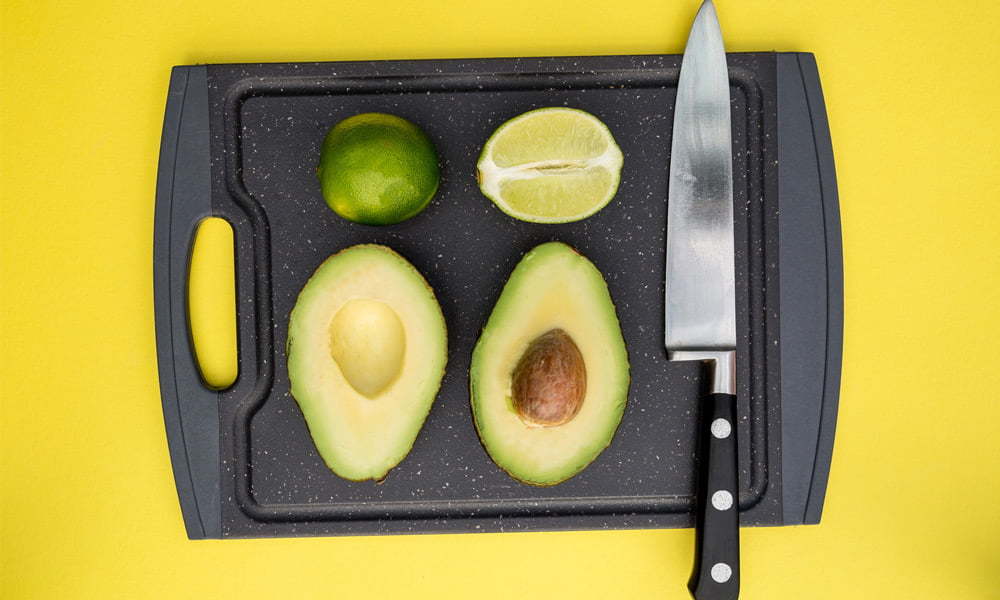 But there are a few things that might catch your interest here as well. Do they make the half tang knife a better choice than the full tang? Maybe not, but there are still some handy benefits of using half tang knives. For one, partial or half tangs offer a complete seal against moisture, because a large part of the blade is encased in the handle material. The tang is less likely to corrode that way, as compared to full tang knives. Plus, the potentially lightweight handle might attract some people, given that not everyone is a fan of heavier, bulkier knives.

One of the worst things about these knives is that often, some knifemakers attach fake steel butts to the ends of their half tang knives. This gives off the impression that the knife may be full tang, even when it’s actually not. They then go to great lengths to make you think that their cheap, low-quality, partial tang knives are actually full tang and are much more reliable than they actually are. Be very careful about where you buy from and be aware of what you’re getting. More often than not, it could turn out to be a scam. But with that said, stick to large, popular brands and there’s a solid chance you’ll be getting quality materials most of the time.

Let me share a foolproof way to make sure that you get your money’s worth. Whenever you’re buying a kitchen knife on the internet, do make sure that the sales page mentions full tang. Most of the popular brands are selling full tang knives nowadays. If you’re still in doubt or need more information before you make a purchase, just ask the actual maker of the knife and see what they say. 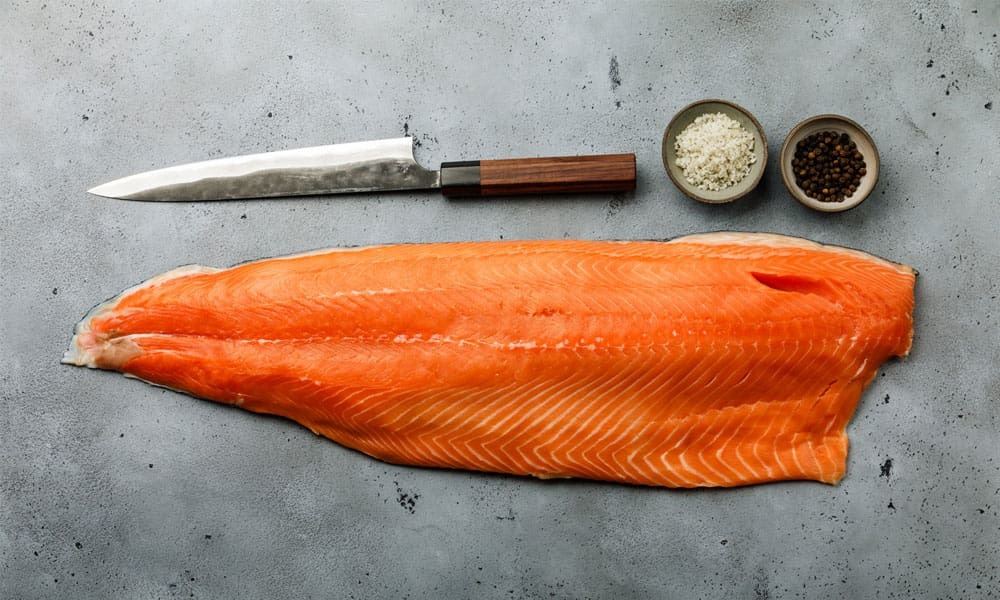 Lastly, there is one more type of knife to look at: hidden tang. The Shun knives are the most common example of this kind of knife. The tang used in these knives is somewhat hidden. A steel rod is welded into the steel blade as it enters the handle, which extends all the way back to the handle’s rear end.

Perhaps the reason why they make knives like this is that they use a far better quality of steel (which is more costly) in their knives. However, if a less costly but quality steel rod is used, the knife’s cost could be quite affordable. There won’t be any compromise on the strength and performance that a regular full tang knife offers.

When it comes to kitchen utensils, full tang knives are much better options than half tang knives, assuming the knives you’re comparing are otherwise equal. However, even though a longer tang is usually a better option, it still cannot be considered a benchmark. There are a ton of poorly built, low quality full tang knives out there.

Plus, there are plenty of good half tang knives as well. Half tang knives built with better quality materials are definitely preferred over lower quality, unreliable full tang options. Don’t think that a knife is not worth buying just because it is a half tang knife.

Last but not least, remember that while the length of the tang is undoubtedly an important factor in a knife, there are other factors to be considered as well. Best of luck finding the right knife for you!

How to Sharpen Serrated Knives